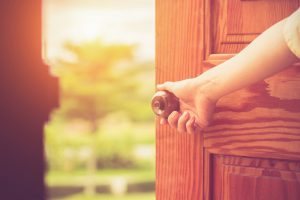 Recently, there have been high profile sexual abuse lawsuits making headlines across the nation. In light of this, people often ask, “Is something happening to our society causing this increase in harm to children?” Based on statistical analysis it would seem it is more of an unmasking of longstanding problems.

For instance, in 2016, lawsuits were brought against MJJ Productions, a multimedia creation and distribution company founded by the late singer Michael Jackson. One lawsuit accuses MJJ Productions of negligence in the handling of sexual abuse allegations. While it is impossible to predict the outcome of pending litigation, the available evidence and allegations of “businesses [designed] to operate as a child sexual abuse operation, specifically designed to locate, attract, lure and seduce child sexual abuse victims” are disturbing at the very least.

More recently, lawsuits were filed against several prominent members of United States Gymnastics, as well as the governing body itself. The lawsuits allege negligence on the part of the USA Gymnastics. Specifically, it had a pattern of harboring, concealing, and promoting abusive behavior; this is in addition to other claims of action against the athletic organization. The civil action centers around the criminal prosecution of USA Gymnastics’ former team doctor, Dr. Lawrence Nassar.  He faces over 100 complaints of sexual abuse and sexual assault from the athletes that were under his care. According to one complaint, the USA Gymnastics failed to take measures to adequately protect its young athletes from him. The reason: they chose to handle the sexual abuse allegations against the doctor internally, rather than reporting these potential crimes to the appropriate authorities.

The Statistics Show that this is Not a New Problem

These headline cases should motivate people to be more sensitive and handle situations properly. Those in authority sometimes fail to properly react. They can often mismanage or mishandle reported abuse. All jurisdictions mandate reporting of potential sexual abuse of a minor to the proper authorities. The goal being to prevent persons and organizations from covering up the problem.

No one should sweep abusive conduct out of the public eye. Criminal prosecutions might initially stop a perpetrator, and civil cases might deter organizations, but public admonitions, settlements, and convictions make communities safer. This is unlike what happens when childhood sexual abuse remains hidden behind a veil of shame and secrecy.

While, headline cases might shake our belief in the people and organizations we trust, the unfortunate reality is this behavior has persisted. It lurks beneath the surface and research confirms as much. According to the National Center For Victims of Crime, 1 in 5 girls and 1 in 20 boys will be a victim of child sexual abuse. If that is not sobering, consider the further following statistics:

Further sobering statistics highlight the realities of this problem. First, reporting the suspected abuse may not be enough. Even if holding perpetrators responsible, but not the those responsible for victims’ safety, may ultimately hide the problem. Those in power may know about patterns of abuse, but do nothing about it, or worst, turn a blind eye. News stories, reports, and studies bring light to an ongoing situation. However, the unfortunate reality is that the news does not cover less sensational stories, even while these victims’ pain is just as real.

For more information on the cases discussed in this post you can visit:

If you or someone you know is a victim of sexual abuse, please seek help. You are not alone in this situation; there are people and organizations that can help. In Hawaii, there is the Sexual Abuse Treatment Center. For California, there are variety of resources, not only for sexual abuse victims, but many other kinds of problems, consider the California Victim Compensation Board’s Victim Resources page.

Lastly, if you are seeking legal representation to handle your matter, or a loved one’s matter, with diligence and compassion, please consider contacting Hew and Bordenave.  We assist clients both in Hawaii and California and diligently protect the identities of our clients.

DISCLAIMER: This post contains comments and opinions of cases in the news as well as factual data.  It does not constitute as legal advice to any particular person in any respect.  If the reader feels they have an injury or need specific advice based on the information contained in this post, then they should seek the advice of  an attorney in their relevant jurisdiction.  Hew & Bordenave, LLLP expressly disclaims all liability in respect to any actions taken or not taken based on the contents of this post.

For Domestic Abuse Victims, Not All Are “Safer At Home”

What’s with All this Paperwork, Part VI: Authorization Forms
0 replies

Recap: Horrors of Business Ownership Part I
Scroll to top