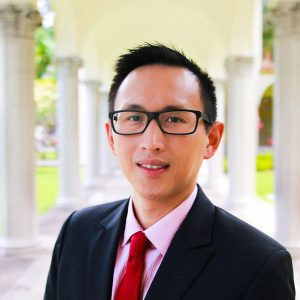 Ryan K. Hew focuses on business law matters, in particular, transactions and compliance work. Specifically, Ryan assists clients forming their LLCs/corporations, buying/selling their business, obtaining licenses and permits, and in general drafting contracts and filings for business matters. He takes a pragmatic approach to dealing with legal issues by spending time educating clients on possible options they can choose from when faced with legal problems for their business deals.

Principally, Ryan works with clients that are in professional fields (such as realtors), web and application developers and programmers, solar and construction contractors, social media consultants, and food establishments. When not downloading the latest productivity and social media app on his devices, he can be found hanging out with his husky, or eating at the latest restaurant.